The podcast features interviews with four expert speakers from businesses and employer and business membership organizations who all have first-hand experience in tackling forced labour and child labour. Together, they cover topics from the business case for ending forced labour and child labour, to fair recruitment, the impact of COVID-19, the roles of certification, formalization, social protection, capacity building, and more.

The podcast has a strong focus on the agricultural sector. It also highlights the role of micro, small and medium-sized enterprises in ending forced labour and child labour.

This special edition podcast marks the fifth Global Conference on the Elimination of Child Labour and is our first podcast in Spanish. It is also the last episode in our podcast series Trapped in silos? Why forced labour eradication requires an integrated approach.

Green Gold Farms is a berries and avocado producing and packaging company employing around 1,500 workers. In addition to running Green Gold Farms, Aldo works closely with the government as Labour Vice President of the National Agricultural Council (CNA). He is also an active member of COPARMEX, a leading employers’ organization in Mexico. In his interview, Aldo outlines the root causes of forced labour and child labour in Mexico, and the actions the government and employer and business membership organizations are and could be taking.

Nadia has been advising foreign businesses operating in Mexico for over 20 years on labour and employment matters. She also advises the Labour, Social Security and Human Resources Commission of the Mexican Confederation of Industrial Chambers (CONCAMIN). The CONCAMIN is actively raising awareness among its members of the importance of tackling forced labour and child labour and building their capacity to act.

AHIFORES is an alliance of over 40 agricultural businesses. It drives responsible business conduct in the sector and improves the quality of life of agricultural workers and their families. To prevent forced labour of migrant workers, AHIFORES has developed and implemented a fair recruitment toolkit.

Quinta Esencia is a micro-enterprise that produces a traditional Mexican drink called Tascalate, made from corn and cocoa, in the Tuxtla Gutierrez region. Quinta Esencia is part of the award-winning local government initiative Punto Tuxtleco – The Cooperative Shop, which has improved the capacity and competitiveness of local businesses whilst simultaneously tackling child labour in the area.

The speakers were interviewed by our Mexico-based consultant Antonia Utting. 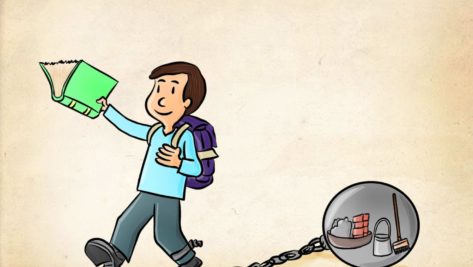 How businesses can help end forced labour of children

More, faster and better action is needed to tackle one of the worst forms of child labour: Forced labour of ... 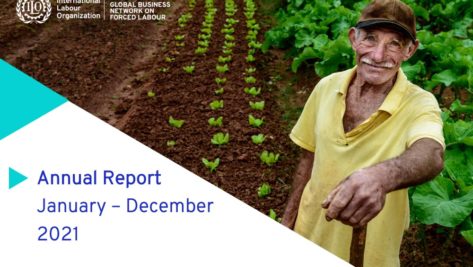 Find out what we achieved in 2021 and what our plans are for this year.